The narrow gauge Pacific Coast Railway followed this route from 1882 to the late 1930s. The railroad, which originated at Port Harford near San Luis Obispo, Carried much of the lumber to build Central Coast Communities.

Between 1882 and 1887, when tracks were laid south to Los Olivos, Los Alamos prospered as the end of the line. From Los Alamos, site of the only surviving PCRR depot, Port Harford-Bound locomotives first chugged west, then turned north, paralleling the current highway.

Los Alamos is still the end of the line for Highway 135, which ends at Highway 101 there.  But going north from the picturesque Western town, the first part of Highway 135 follows the pretty and the Purisima Hills, it was here in 1938 that the line's worst disaster occurred when a locomotive was broadsided by a gasoline truck.  Despite the Inferno, no one died. 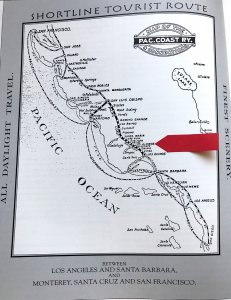 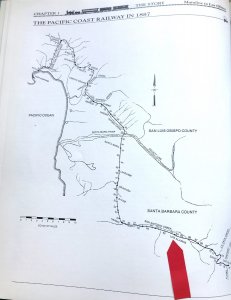 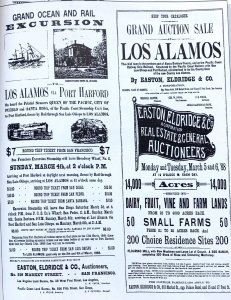 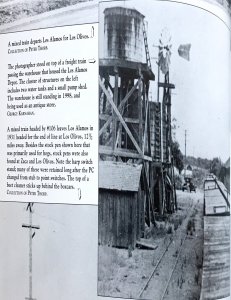 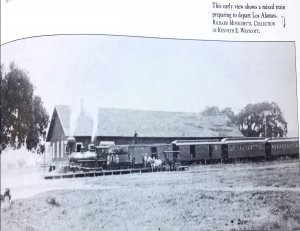